Jimmy The Mole & The Unknown Alchemist

Tufflon Dona is one of the female rappers I interviewed for my story in the City Paper's Big Music Issue recently, and this is a collaborative mixtape she released with a local R&B singer, Tyreika Renee. They held a release party for the CD back in June, and I reviewed that show for Noise. It's a pretty solid CD, some good hip hop and some good R&B and a few collaborations, Tyreika Renee's voice kinda reminds me of Paula Campbell.

Tufflon Dona & Tyreika Renee - "I Be Damn" (mp3)
There aren't a whole lot of songs on here that Tufflon and Tyreika perform on together, but this is probably the best one that they're both on. 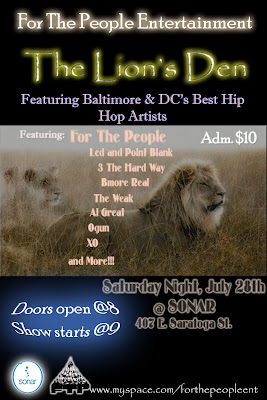 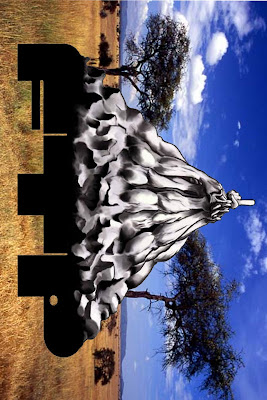 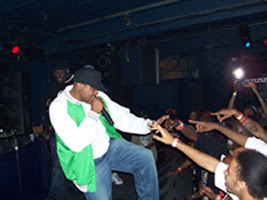 Ogun - "Get Money" Freestyle (mp3)
Ogun flowing over the beat from that new Curtis joint, and also check his MySpace for another freestyle with Skarr Akbar over the "International Players Anthem" beat. Ogun's release party at Sonar last week was a real fun night, I reviewed the show for Noise and Ogun himself wrote about the whole experience on the Elements Party blog. Go drive up his SoundScan and cop that Bmore Hero at Change Clothing Stores, Record & Tape Traders, Sound Garden, and Deep Flow Studios.

TOMORROW NIGHT AT THE WESTSIDE LOUNGE

come on out and catch your groove
2578 hollins street

need directions? holla at me and i got you

I mentioned a couple times recently that UnReal would be featured soon on hiphopgame.com, and he's finally up there now. He's got an ad that you'll see if you click around the site, and over on the audio page, you can hear his song "Sinister," which is an exclusive not featured on his latest mixtape. That page also includes a few Bossman tracks, including a hot new one called "Ain't Nothin' South About Me" that I'd never heard before, and a track that featres NOE, Ma Barker's "All She Knows." Between all those tracks and that Mullyman interview, HHG is really supporting Bmore artists lately, good shit.

Co2 (All the way from Harrisburgh PA)

Plus the livest, loudest, and most diverse open mic this side of the milky-way, SO BE THERE FOR A COSMIC EXPERIENCE!!!!!!!!!!!!!

The Making The Right Moves Entertainment Conference is this weekend at the Baltimore Convention Center, and it's shaping up to be a pretty interesting event, I can't remember anything like this ever being done before here, at least on this scale. As I mentioned last month, I've been invited to appear as a panelist on two panels, which I believe will be on Saturday at 12 noon and at 3PM. So I'm gonna go check it out, meet some people, try to contribute to the discussion, and hang around and maybe see some of the speakers and showcases, and probably write something about the experience for the City Paper's Noise page. I put pretty much all the info I have about it below, and there's more at http://www.milestonemediaonline.com. I hope the turnout's good and the whole event lives up to its potential, it'd be cool to have a conference like this every year. 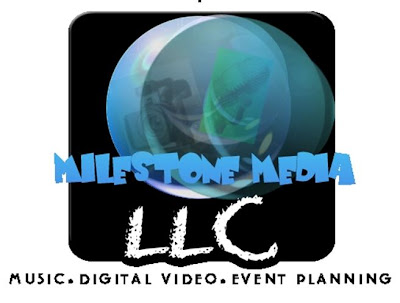 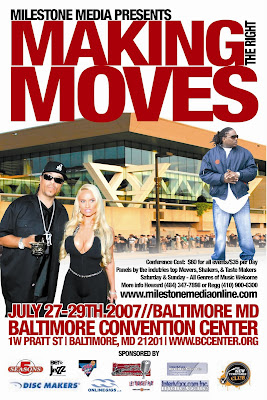 Since Attorney Gardner began the Gardner Law Group to specialize in entertainment and business law matters. Attorney Gardner has been the legal advisor to some of the following sample high profile clients like Actor/Comedian Tommy Davidson; the Prince of Fashion Travis Winkey; and many

Publisher of Exclusive Magazine. Exclusive Magazine is an urban music publication with distribution in 10+ US markets as well as overseas in Germany with over 20,000+ readers. They have produced shows for television and college radio in the Hampton Roads region of VA. The TV show was called The Fixxx which aired on WVBT Fox 43 for 6 months and the Radio show was on Old Dominion University and was called the Block with the 1st Lady of College Radio which aired for 2 years on WODU AM 1630

11 am Room 303 Get Your Business Started the Right Way

4 pm Room 302 How to get distribution for My Product

ROOMS WILL BE COMBINED

next to Dunkin Doughnuts

10 am Room 302 Music Publishing for Songwriters 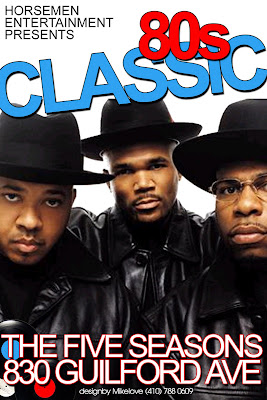 Last time I wrote about a K-Swift CD, I said I was gonna try and judge her club music mixes on their own merits, and not dwell on the controversy around her and 92Q too much. She makes that a little harder to do with her latest Jump Off mix, though, by titling it Not Guilty and opening it with a courtroom skit, which is pretty long and annoying, and basically brushes off any rumors of wrongdoing as just haters mad at the popularity of her mix CDs and doesn't really address what the actual accusations against her are. Don't get me wrong, whoever "The New Republic" are, they might just haters who are jealous of K-Swift and Next Level's success, but we can't really know that for sure, since, as the City Paper's Bret McCabe has pointed out, they're saying all this under the shield of anonymity and are, in doing so, total gutless cowards. I'm a little uneasy about speaking about this stuff in public because the last thing I want to be seen as is a hater or an enemy of K-Swift or 92Q, I'm a listener and a fan, but I'm not gonna hide behind a pseudonym to the address the issue publicly if I do have questions or observations about it.

But back to the music, this is yet another solid club music mix. One thing I noticed pretty quickly was the notable absence of Rod Lee and Blaq Starr, two producers who've been present on practically every other K-Swift mix CD I've ever seen. But then, they've both got recent CDs in Downtown Locker Room right now, too, so maybe she's just keeping the demand high for people to buy their mixes instead of just getting their tracks on her mixes, I dunno. Lil Jay does a couple remixes of Blaq Starr songs ("Feel It In The Air" and "Hands Up Thumbs Down" redone as "Represent That"), but I'm not real impressed by those and they just aren't nearly as hot as the originals. But there's still a lot of great tracks like K.W. Griff's insane remix of "We Takin' Over," Say Wut's awesome new songs, "Futuristic" and "Get Loose," so it's a good one to pick up.

Mike Marvelous - "Tear It Up" (mp3)
This is some serious serious shit, I couldn't believe it when I first heard it on the radio. The whispered "let the bodies hit the floor" chant is a sample from the nu-metal band Drowning Pool's "Bodies," a song was big on rock radio about 6 years ago (and then was one of the songs pulled from the airwaves right after 9/11). And here Mike Marvelous takes that line and turns it into a straight-up dancefloor mantra that you wouldn't even think of in any other way if you hadn't heard the original track first. There's a lot of kind of novelty club tracks that remix rock songs these days and I usually think they're lame, but this one really transcends all that and is just a dope club song.

HIPHOP 101 and the 5 SEASONS HAS PARTED WAYS!

Yes it's true. we will no LONGER be at the 5 seasons.. If you already know, the Health Department and BCPD shut the club down last FRIDAY.. BUT it will be open next week AND sad to say HIP HOP 101 will no longer be in the building. We figured that maybe we need to do or own night in our OWN CLUB! thats right Next week and the weeks to come we will be doing or own shit at our OWN CLUB! WESTSIDE BAR AND LOUNGE 2578 HOLLINS street off of FRANKLINTOWNE RD.. directions will be posted soon. The club has three floors a balcony, a game room, pool tables, and a closed in backyard with a built in grill with picnic tables ect.. a bar and a dancefloor... the club is HOT! as DJ ME'AZE said.. we are upgraded.. We will have different nights jumping off so if your interested in doing a night you can mos def holla at myself, ME'AZE, MR.WILSON, or Shaka Pitts and we can make something happen.. This monday we are giving back to the hiphop community by throwing a FREE party with plenty of hiphop 4 you so come on out and support... The WELCOME TO HIPHOP 101 PARTY for ME"AZE MILLIONI will still be going down but at our new location as well.. Thanks for the support we guys showed and I hope to see you at the new location! HIPHOP 101 will never die... We just been upgraded!!!lol 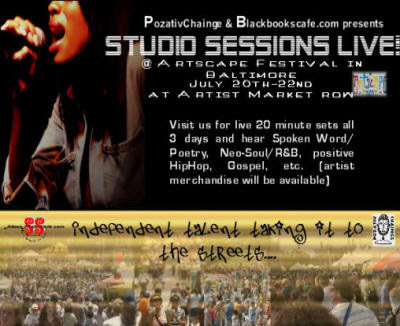 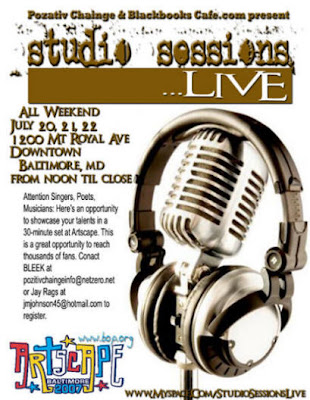 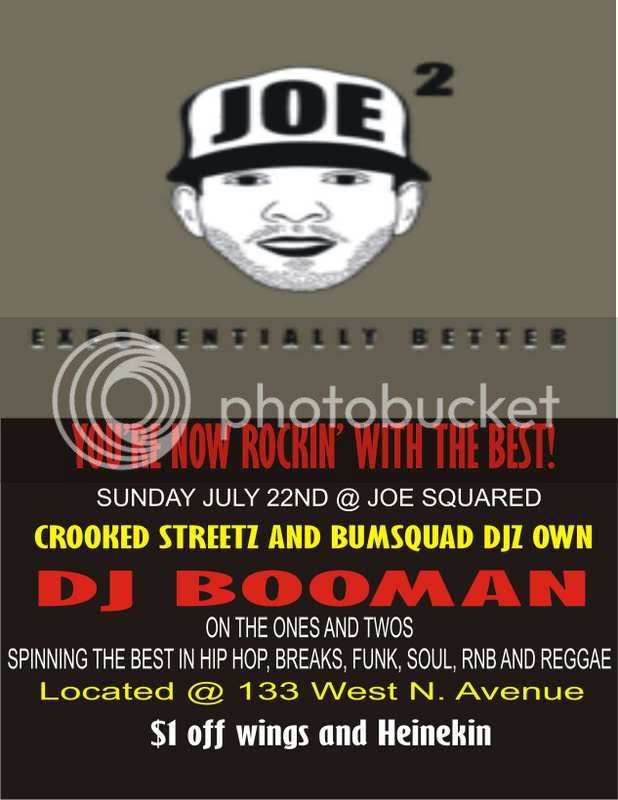 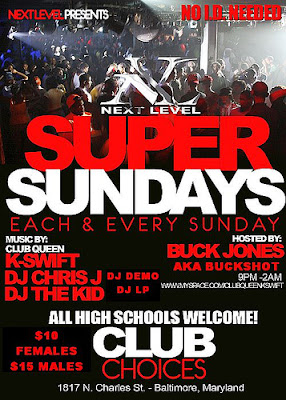 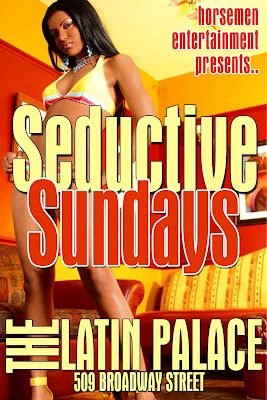 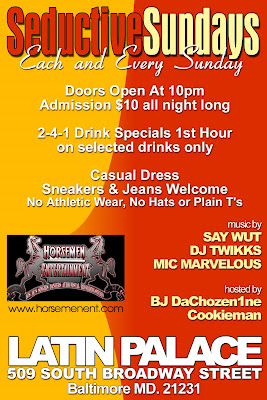 Bear and Cutthroat - "Splurge" (mp3)
For The People Ent. is a label that's always sending me music, and I always listen. The latest thing I've heard from them is a preview of a whole album of collaborations that two of their artists, Bear and Cutthroat, are doing together called Silent Flutes. They're also going to be performing material from the album at FTP's show at Sonar next Saturday, the 28th. This is by far my favorite of the tracks I've heard, really cool subtle production by Nacktronics. You've gotta keep listening because the beat keeps changing, there's enough ideas in there for 3 different songs, some real different, creative shit. 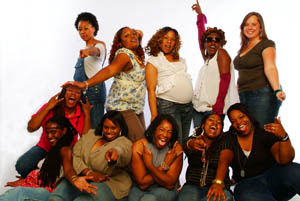 The City Paper's annual Big Music Issue is out today, so go pick that up. My big piece in it this year is Ladies First, an examination of the huge amount of female talent in Baltimore hip hop right now. I interviewed B-Fly, Jade Fox, ShellBe R.A.W., Nik Stylz, Kelly Connelly, Tufflon Dona, Amotion and Symantyx for the story, and tried to at least mention every local female MC I knew of that I didn't get a chance to talk to. The other story I contributed to was Baltimore's Jukebox, where we sat down with various local musicians and played them other local music and discussed it. I talked to Midas and a couple members of the band Thrushes, and also producer Say Wut, although it looks like his part wasn't used (I feel really bad about that since his interview was cut from my article in last year's issue too, but at least I got to feature him on Noise recently), and other writers spoke to Scottie B. and Ogun, among others. I haven't gotten a chance to look through the whole issue yet but I'm looking forward to reading everything else, especially the piece on one of my favorite record stores, Dimensions In Music.

Mic Scholars (for real this time)

Mic Life
Because HipHop Is Life, so don't waste it!!! 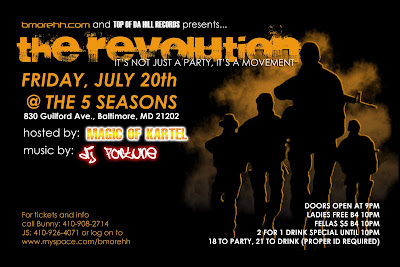 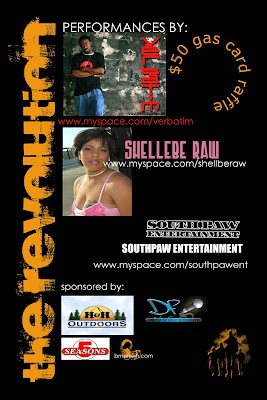 You might remember the MC/producer duo Alevan whose album I wrote about last year, who are affiliated with Skarr Akbar. This is a solo mixtape from '06 by one half of the group, Al Great, although the other member of Alevan, E. Dott, comes through to produce 4 tracks in between all the freestyles. He flows over a lot of old Nas beats on here, although he sounds really influenced by Jay-Z to me. I love the title and the artwork concept, it cracks me up that it says "Mr. Hater & Company" on the cover. Check out Al Great and Alevan on MySpace.

Al Great - "Touch My Cheddar" (mp3)
This is a nice cut produced by Disco, where he cuts up the sample from "Warning" and chops up a Biggie line for the hook, I'm feeling this one.

THEY CANT SHUT US DOWN.. FUCK WRONG WITCHA?

YUP THATS RIGHT AT THE 5 SEASONS