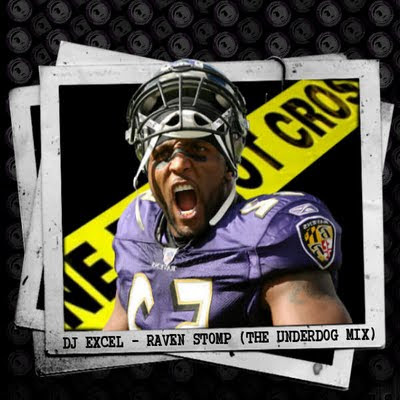 DJ Excel - "Raven Stomp (The Underdog Mix)" (mp3)
I first heard this track back in January, but now that football season's in full swing again it seems like a good time to jam DJ Excel's Baltimore club Ravens anthem. I like this, really cool synths and aggressive percussion. 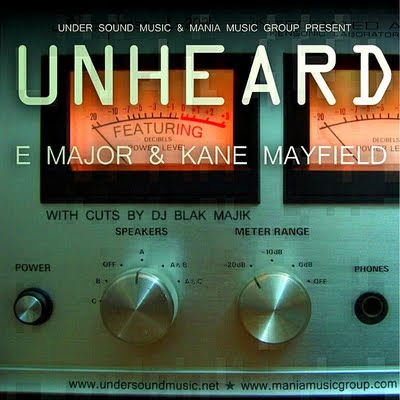 E Major f/ Kane Mayfield and DJ Blak Majik - "UnHeard" (mp3)
This is what the fuck I'm talking about, E Major reaching out to Mania Music Group for a grimy new single with Kane on the mic, DJ Blak Majik on the cuts, and BeaLack and Headphones on the beat, really kinda surprised me how vicious they both got on this. Listen to E Major's first verse, I love that line "noone's selling records so how the fuck we sellin' out?" Everyone in this town that's jumping on bandwagons and dickriding trends as if it's gonna make them famous needs to hear this shit and sit and think for a minute. Brandon also wrote about this song on No Trivia.

Legendary Baltimore house diva Ultra Naté is releasing her first Baltimore club record, the Things Happen At Night EP, on November 17th with the help of Unruly Records and their stable of producers, and the above video is for the first single, "Faster Faster Pussycat (Let's Go!)" featuring King Tutt. 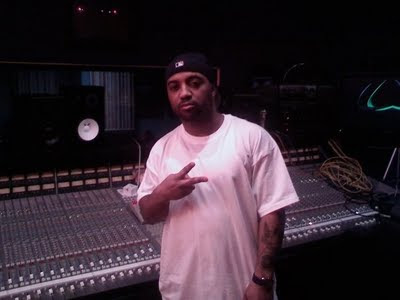 Ron Rico f/ Skarr Akbar, Mike Malachi and Billo - "If You Sleep, You Better Wake Up" (mp3)
Ron Rico has put out records of his own before, both of Baltimore club music and of low key instrumental hip hop, but now he's getting ready to release his first compilation album featuring a variety of MCs, This Is What I Live For and this here's the first leak, really dope shit. 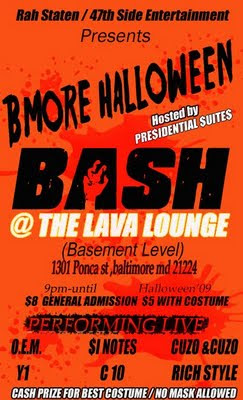 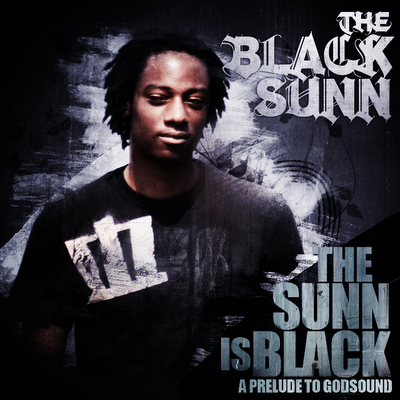 I first posted about one of The Black Sunn's older records last month, and at the time mentioned that he had an EP and a full-length on the way soon. The album, GodSound, is coming out on Tuesday, but in the meantime I wanted to post about the EP, which has been out since September and is 6 dope tracks produced by Damu the Fudgemunk. Once again, I'm just consistently impressed with this guy, who just has a good laid back vocal presence, gets his point across well, and kind of operates within a specific aesthetic with a sense of purpose, I'm really excited to see how the album turns out. I also like that his label is called Hungry Heart Ent, because "Hungry Heart" is the song where Springsteen mentions Baltimore, even if that's not why they used the name. Check out The Black Sunn's MySpace page to hear the EP, and the GodSound release party is at Red Maple on Tuesday.

The Black Sunn - "Puttin' In Work" (mp3)
This has a sample from Office Space and kinda follows the usual workplace theme, but is probably my favorite track on here.

Stuff I've had up on the Baltimore City Paper's Noise blog in the last few weeks: The Club Beat with DJ Patrick, and live reviews of the Dirty Marmaduke Flute Squad/Heroin U.K./Drop Electric @ the Metro Gallery and Time For Three with the Baltimore Symphony Orchestra.

Voting for the Baltimore Crown awards is open through October 28th, see the flyer for details on how to vote. I won the Blog/Website category last year, but don't vote for Gov't Names again, I'd rather see someone else like AllBmoreHipHop.com win it.

Hi internet! My wife Jennifer gave birth to our first son, James, on Thursday afternoon. The whole family's doing good, coming home from the hospital this weekend and taking it easy. So I probably won't post here or anything for a good while, but friends and fam, you know how to reach me.