I wrote a few things in this week's Baltimore City Paper:

- An interview with Prodigy of Mobb Deep, who are performing at Baltimore Soundstage on Sunday and releasing their new album next week (funnily enough, last time Mobb Deep put out an album in 2006, I interview Havoc for The Hook-Up Magazine).

- A BPM dance music column with news about Say Wut, DJ Pierre, and the Club Mnemonic event this week at The Crown.

- The Short List, with a bunch of other good shows happening in Baltimore over the next week. 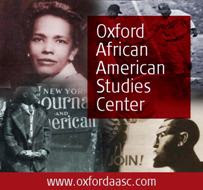 Last year, I was contacted by the Oxford University Press about authoring a reference article about Baltimore Club Music for the Oxford African American Studies Center, as part of a series of updates dealing with Baltimore.  The article was finally published in February, and although it's generally conceived as a reference work for students, they have made the article available to the public here (the link won't last forever, but if anyone ever wants it put back up after it expires, let me know). It was really an honor to be asked to do this and to try and bring my knowledge about this subject to an academic setting and put it in a larger cultural context.