Last Friday, Baltimore rapper Smash a.k.a. T-Mac passed away, very unexpectedly and at a very young age (the same age as me, in fact), of heart failure. I managed to get together a brief piece about Smash over the weekend in time to run in this week's Baltimore City Paper. I never knew Smash, in fact he may've been the most popular rapper in the city I've never interviewed or anything, and I feel bad that I didn't totally get his music at first and didn't write too much about him after I did start to appreciate him more. But R.I.P., by all accounts he was a good, humble dude.

Also in this week's issue, I wrote a Rap Sheet column and The Short List. 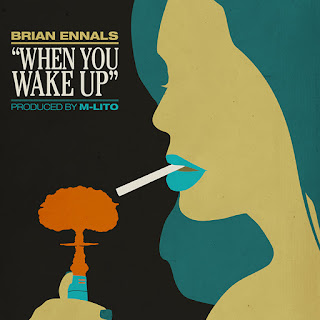 Brian Ennals released a new single, "When You Wake Up," on Valentine's Day, and I posted it on the Baltimore City Paper's Noise blog.

In this week's Baltimore City Paper, I have a BPM dance music column with news about DJ Angelbaby, DJ Pierre and Schwarz, as well as the Short List concert listing.

This week XXL Magazine's site posted a list of "10 Baltimore rappers you need to know," which included some acts that are pretty well known in and/or outside the city, and some that aren't, like the group StarVation. I wrote a piece on the City Paper's Noise blog in response to both the list, and a lot of the outrage that's been surrounding it online.

Last year, I interviewed Baltimore-based artist and producer King Midas for the first issue of a new publication, UR City Magazine. That was a while back, though, and I didn't realize that it finally came out as the cover story of the January 2013 issue (you can tell the interview was done a while ago, because I refer to how "humid" it was that day). Anyway, it was a good opportunity to meet and write about King Midas, who is a super talented guy who's been putting out a lot of great music for a minute, glad it's finally out there. My name wasn't on the article when it was initially posted online (don't know about the print edition) but they said they were going to fix that.