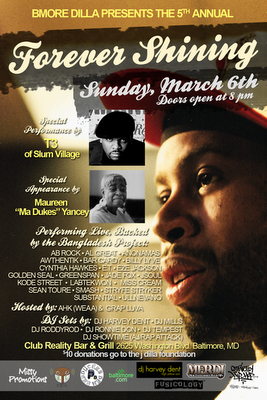 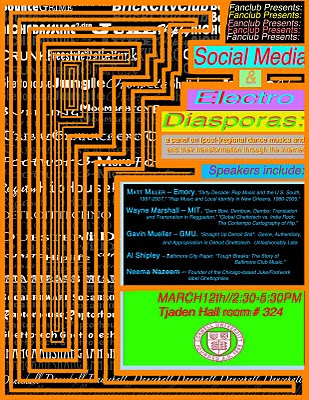 I've been invited to speak on a panel at Cornell University next month, for a conference called Social Media & Electro Diasporas: a panel on (post-)regional dance musics and their transformation through the internet on Saturday, March 12th. I'll of course be there to discuss Baltimore club music but there'll be other experts on other scenes like New Orleans and Detroit and Chicago, should be pretty interesting. I'm gonna try and make a weekend trip of it, really my first time away from the family since my son was born, and maybe spend time in NYC while I'm up in the area, if anyone wants to hang or has any recommendations on what to do or where to stay. 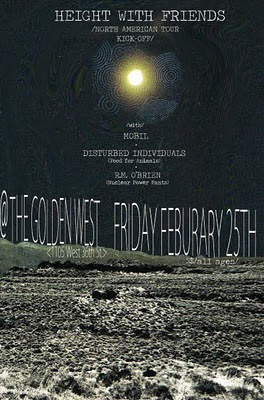 I interviewed Height on the City Paper's Noise blog about the Height With Friends tour that's kicking off at the Golden West on Friday.

This week I'm going to be one of the guests in a panel discussion about hip hop on the radio program Politic With Permiss on WBOL. The show is this Thursday at 5P.M., and you can tune into the station at 1010 on the AM dial in the Baltimore area, or you can stream the show online at the WBOL website.

Kane Mayfield f/ Jahiti - "F.I.S.H. Bowl (live at Mobtown Studios)" (mp3)
My friends at Mobtown Studios have been doing monthly 'microshows' for the past couple years where they have a local artist come into the studio and perform a special set for a small audience, and the studio records the performance and makes it available for free online. The latest one was the Kane Mayfield Microshow, for which the Mania Music Group rapper assembled a live band and did new arrangements of a whole bunch of his songs. The performance culminates in an epic rendition of Brown F.I.S.H.'s "F.I.S.H. Bowl" with Jahiti himself sitting in with the band, which I thought was really cool since last summer when I wrote an article for the City Paper about Baltimore summer jams, that was the song Kane picked to talk about.

I brought back my Baltimore club column on the City Paper's noise blog from a yearlong hiatus this week for The Club Beat with DJ Kenny K and DJ Mike Crosby, who are throwing their annual Aquarius & Pisces Birthday Bash this weekend.

I liked Minlus & McCracken’s last album, Rock And A Hard Place, but I feel like I didn’t really get into the best songs or appreciate the group’s whole vibe and sense of humor until I saw them live a couple times later on. I was a little skeptical of the whole new album being done with a German producer and label, but it works, just some nice old-fashioned boom bap type beats, and the group just sounds like they're in a good comfort zone and know exactly what they wanna do and do it well. I kinda wish I'd gotten around to listening to this earlier, it totally would've been in my list of the top Baltimore hip hop releases of 2010. The title's a little lame, though, parodies of the Baltimore Believe campaign were played out like 5 years ago and I don't think the city even uses that slogan anymore. You can buy BeLIEve on CDBaby.com.

Minlus & McCracken - “Stayed In 2Nite” (mp3)
This song is about having a bad night on Valentine’s Day so it seemed right to post it now. 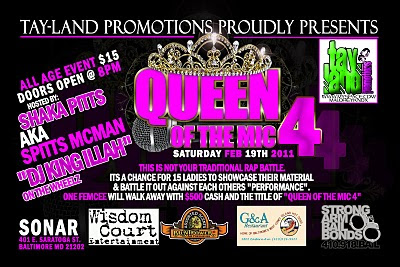 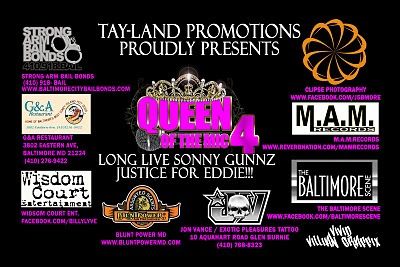 I wrote a post on the City Paper Noise blog about the "Don't Shoot" video by Shark Tank, the new rap group featuring Baltimore's Height and Mickey Free, Pittsburgh's Lord Grunge of Grand Buffet, and Canada's Brendan Richmond, who goes by B.Rich but obviously has nothing to do with the Baltimore B.Rich. Their album release party is at the Windup Space this Friday.

I wrote a post on the City Paper's Noise blog about Ckrisis's "Tore Up," a Baltimore club-ish local rap single that I first posted on Gov't Names way back in 2007 that Ckrisis recently got a digital distribution deal with Interscope to re-release.