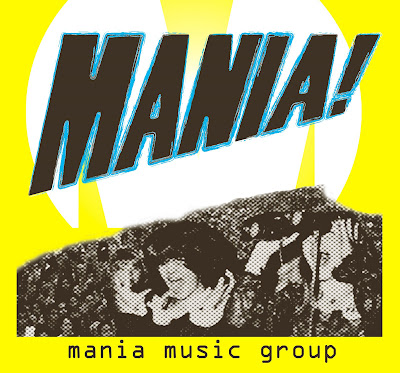 I think it speaks volumes about Mania Music Group that they would even have enough music they're willing to label "demos" or "outtakes" to put together a collection like this. Classic rap albums like Illmatic have demos and outtakes, but these days everything is fair game for mixtapes and few people seem to have any sense of quality control to seperate A material from B material. But for as much music as Mania's put out in the last year or two, they've been pretty consistent, partly because each release to date has been fairly short and had some kind of unifying concept or structure. So it makes sense that there'd be a good amount of stuff they mad that didn't fit into any of those compilations or solo EPs, and it's fun to hear it all here in kind of a casual presentation. This record opens with a weird pisstake called "Fish Hair" that's one of the funniest things I've heard in a minute, and retains that laid back vibe for most of the rest of the compilation. Kane, Midas and Ron G. all have solo tracks and some posse cuts together, including "Lunatic Fringe," and a good amount of this is freestyles, kinda in the same spontaneous-sounding format as the Mania Takeover mixtape, maybe even from the same session. If you're not already up on Mania's stuff, check out the Soul Food & Sushi compilation as an intro, then head to ManiaMusicGroup.com to hear this and the other official releases. See also my CIty Paper feature on the label and my live review of the last time I saw Kane and Midas perform a few weeks ago. Headphones and BeaLack will be the featured producers at this month's No Guts No Glory.

Kane Mayfield - "MySpace Song (Demo)" (mp3)
I don't know how old this track is, might've been made a while back before all the social networking lemmings jumped to Facebook (myself included, but not without a fight!). Kane really has a talent for talking shit, if you ask me he should just insult people on record all day. Really he should be making fun of cats on Twitter now, too, but dude broke down and jumped on the bandwagon, so I keep giving him a hard time about it.

# posted by Al : 10:45 AM
Comments:
Thanks AL, I would like to announce this will be the last of the mixtapes for a long while. we are moving into album mode and will be releasing the first single "The Beast" feat. Someone people wouldn't expect on Tuesday 9/1.Thanks again Al for giving us a platform to showcase our talents.


From he of little words,