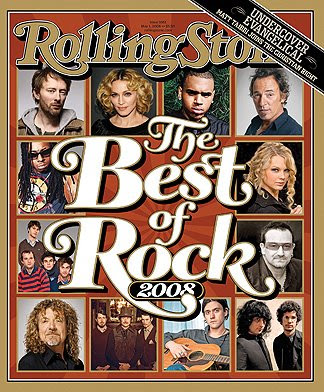 I just saw, via Midnight Sun, that Rolling Stone magazine's Best of Rock 2008 issue is out, and the city of Baltimore is featured as the Best Scene. Since it's obviously a rock magazine and a "best of rock" list, there's only a couple local hip hop mentions, for Deep Flow Studios and Amotion, and Darkroom Productions and their work on The Wire, who were both also featured in a previous RS issue in 2006.