I wrote the local music reviews in this week's Baltimore City Paper: new albums and mixtapes by Sean Toure', Sinista, and B. Rich.

Two weeks ago, I appeared on Strictly Hip Hop on Morgan State's WEAA 88.9 FM as part of a panel discussion to come up with a list of the 20 greatest MCs of all time. I tend to be a little apprehensive about these supposedly objective rankings of musicians, but the conversation turned out to be really fun and edifying, and the ten MCs we decided on for the #11 through #20 spots came out as a really solid list. So I'm looking forward to this Friday, when we reconvene for the second half of the list and hammer out a top ten. If you're in the Baltimore area, tune in between midnight and 5am, or listen online.

I wrote a post on the City Paper Noise blog about how Baltimore rapper Los just signed with Bad Boy Records (for the second time). 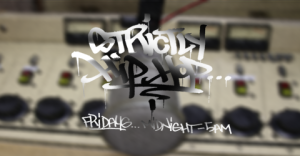 Tonight I'm going to be a guest on Strictly Hip Hop for the first installment of a 2-part panel discussion about the greatest MCs of all time. If you're in the Baltimore area, tune in to 88.9 FM between midnight and 5am, or listen online.