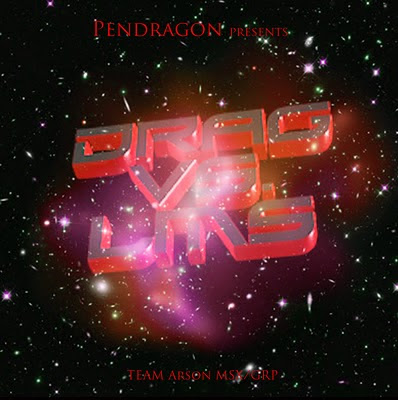 LMS was a hip hop group in Baltimore in the mid-’90s that I’ve mentioned on here a couple times this year, first when DJ Booman picked their song “Pure Necessities” for my summer jam piece in the City Paper, and then when reviewing a new mixtape by former LMS member Forbidden. And apparently the prolific PenDragon, who’s put out several kind of small experimental projects in the last year or two, like a mixtape created in 24 hours and a EP of remixes of the indie band Sleigh Bells, was a fan of LMS back in the day, and got ahold of the instrumentals for a couple of their old songs and decided to put his own stamp on them. I think it’s a pretty cool way for him to show his appreciation for Baltimore hip hop’s older generation, dude is clearly just a music fan to the core. There are four tracks on here, two each based on “Pure Necessities” and “Harm City Slaughter.” Drag rapped on the instrumental of each, and then put the vocals from the original over his own recreations of the beats.

PenDragon - “It’s A Slaughter” (mp3)
This is Drag’s rap over the “Harm City Slaughter” beat, I kinda dig the verse that goes “I’m a foreign author, like Kafka, like Chaucer, but I’m harder.”

# posted by Al : 9:38 AM
Comments:
PenDragon is slowly creeping into my top 5, he and Street (Scott) Heat are on to something.