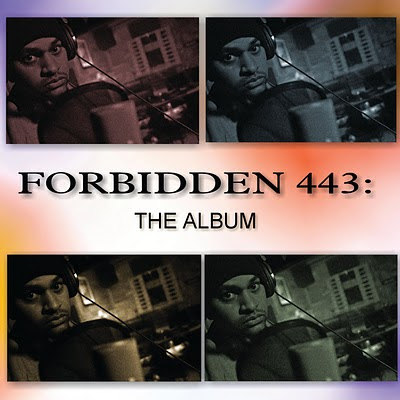 Peat recommended I check this album out on AllBmoreHipHop.com, and the first time I listened to it, I knew nothing about the artist or the record, and really sometimes it's nice to just hear a record in a vacuum with no prior knowledge or outside influence. Once I listened to it, though, I actually had to ask Peat when this was made, though, because from the way it looks and sounds I thought it had to be at least 5 years old or something. The names in the liner notes that I do recognize (guest spots by Little Clayway and Burnie Dozier, production by Niige) are guys that have been in the scene for years and years, and the artwork and the overall sound are just kind of on a real low budget tip that even most independent artists in Baltimore have kinda moved past in the last couple years. I'm not even knocking the producers, because the beats are by all different guys and are mostly good, but it sounds like maybe they didn't master the album or it was done really badly, like the vocals weren't EQ'd right. And that's a shame, because the raw materials have potential, some good rhymes and songs in here, but the overall package just wasn't taken all the way or polished well. It turns out this Forbidden cat was in the '90s Baltimore rap group LMS, they had a song called "Pure Necessities" that DJ Booman talked about in my summer jams article in the City Paper a few months back, so obviously he's got history in music here. But really the shame is he could probably be making some classic 1996-style hip hop, and instead this turned out like some forgettable 2004 local rap. Maybe he just needs to get with the right label or producer or manager to get him focused on making the best kind of records he could be making.

Forbidden f/ A.J.D., Mr. G. and Rona - "Da Relay" (mp3)
This is probably my favorite beat on the album, crazy flute loop. I have no idea who the other cats are on this song or who does which verse, but they all guest on other tracks on the album and this is a dope posse cut.