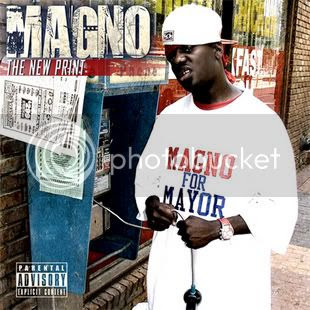 I don't give a damn, drop a freestyle lecture
Twenty five lighters on my dresser, pull up Kompressor
That be the Benz, if I make money break it down with my friends
Split it with my kin, that's how we stack it
Sittin' sideways, screens watching Judge Hatchet
Surround sound, in the Lac-uh, they say it don't matter
And when she set the gavel, you gon hear my trunk rattle
Hold up, let me switch it back to lyrical
I can't be forgotten like an oldtime spiritual

Number one draft pick off the north side of Houston, ready to follow Chamillionaire, Slim Thug and Mike Jones. He held it down lyrically for the Swishahouse camp after Cham jumped ship, put out a solo underground, Collection Plate, and an underground with Mike Jones, 1st Round Draft Picks, and then he jumped ship himself.


First of all, what's up with the Swishahouse? What caused the fallout with them?

Well, the main reason why I'm not with them anymore is becuase they got mad after I dropped WildLife Mixshow Vol. 1 which is a mixtape under my own label. I felt I was getting put on the backburner, and wasnt at all a priority to the company. Everything was "MIKE JONES, MIKE JONES, MIKE JONES." So whether they hate or be jealous, I got on my own hustle and dropped a mixtape featuring me and my artists. They didnt cut for that, though.

That 1st Round Draftpicks on Swishahouse was a real big album. I know you break it down on The NEWprint, but can you explain what's really good with you and Mike Jones?

Well, being real, we don't speak. We ain't on speaking terms by no means. We haven't spoke since a week after Mixtape Messiah dropped. And that ain't like us, 'cause we used to speak everyday. You know, on some real nigga shit, like, "What go dyne, mayne? What ya got going for the day?" type shit. But after our last conversation, which didn't even end on a bad note, he aint holla'd at me, and I ain't holla'd at him. It's like he just changed on me. He acted like I had somethin to do with Koopa dissing him or something.... He even kinda implied the shit, so I was like, "fuck it."

Northside dudes are known for that wordplay, those crazy punchlines, where does that come from?

Not talking down on my state, or region, but majority of the folk down here not big on hip-hop, as far as lyricism is concerned. They just now getting on it.... Niggas is big on rap.... That's why it's taking me so long to pop. I'm going against the grain. When I first came out, only a selecive few was spitting punchlines and using wordplay but then when I came out, I did it a lot and I got a lot of flack for doing it, 'cause peeps was like, "Awww this nigga think he from New York or somethin'"... but now, two years later, everybody doing it... and thats why I call myself "The NEWprint"...
'cause I'm the new blueprint for Texas rap. I wasnt scared to take that chance, and now look... it's the thing to do.

That's cool. So everybody on the northside isn't jamming Big L in their slabs?

Alright, speaking of New York, there's been rumors about you getting down with DJ Clue and Desert Storm. Is Desert Storm South for real?

Fa sho, it's real. I'm not on paper with Clue and them yet, but we definitely working together on some stuff. But no matter what I do, I'm WildLife.... I gotta be a boss in whatever I do. I'll never go back to not having control over my career. I paid my dues... but for now, we just working together. Once we see everybody realizing that this is serious, we gon pull a few rabbits out the hat, ya feel me? Oh, and shouts out to DJ Storm, and Millertime, they the heads over Desert Storm South.

I saw you got Stack Bundles on a song. What's the story on that?

Through my dealings with them I got a chance to collaborate with Stack Bundles, and I'm finna have some future collaborations with A-team, Joe Buddens, probably Fabolous, and the rest of the Desert Storm camp. Shouts out to them boys by the way, they all doing they thang up top... --Oh yeah, and shouts out to Pain in Da Ass, my boy who did the intro and outro for The NEWprint. Y'all probably remember him from the skits on the Jay-Z albums, and being in the Roc-a-Fella movies... cool dude....

Are you worried about letting New York control the South? Sometimes it feels like New York is taking over the South rather than the other way around. Is the whole South going to be spitting really generic shit over fake Just Blaze and Kanye beats?

Well, no matter what I do, I'm gonna keep my material just as Southern as it's been while underground. I'm not going to compromise that for nobody. But the beauty of the situation is: Miller or Storm have never asked me sound New York-ish or nothin'. They encourage me to embrace my Southerness.... That's my whole catch right there, the Southern cat with the lyricism of a Northern, or east coast nigga.... Shiiit, from time to time, I take it back to the ole school H-Town rappin' style, just to show niggas that's what I come from.

How did that Swishahouse reunion track come about?

I been wanting to do a track with them dudes. They some Houston legends mayne, fa real. I used to ask Watts about getting them on my stuff, 'cause I wanted them on Collection Plate. But they was going through their beefs, so it never did happen. But, shiiit, this time around, I'm the CEO, so I got at them. I always been cool with them all, 'cause I have that understanding that them boys is the reason my career is so much easier than it could've been.

Are all of them still rapping or were you pulling dudes out of retirement?

They all doing they thang still, though. Lil Mario got Street Fame Pt. 4 coming out ... Big Tiger working on an album ... Lestor Roy stay dropping new shit under his Wreckin Da Scene imprint ... A.D. droppin Home Field Advantage-- I'm on that by the way, knock it off--... Big Pic got the Flow General out, and droppin a greatest hits soon, and the rest that I didn't get a chance to get at, like Blyncyde, and Archie Lee, they still doing they thing too.

You had a lot of trouble getting The NEWprint out. Is it getting harder to put out and sell undergrounds in Houston?

Nah, it's not so much as hard, it's just them damn pressing plants be having so much work, and they don't know when to say, "Man, we're overloaded, we aint gon be able to take your project because we are so far behind"... Nah, they just take your shit, lie to ya saying that it's gonna be ready in two weeks, and dont have it ready 'til six weeks later... hoe-ass niggas.... That shit be having me agg....

What else is coming out on Wildlife Records?

Well, we have a long lineup of things dropping. Next up is NEWprint 1.7: The Deleted Files.

What's that going to be?

A compilation of songs that didnt make the first NEWprint due to lack of CD space, and of course, new freshly laid songs, flows. It's gon be thoed. Also we're getting ready to drop Building Of An Empire, which is our group CD.

Who's in the group?

Our group is, me, my older brother/co-CEO Deetha Savor, Slugga, and Young Twinn. We all have our own style, so it's gonna be fun dropping that. ... I'm gonna be dropping MAGNOmixes:Best of '03/'04 in a lil too... it's already done. Shouts out to DJ Luis the Sole-choppa... he screwed and chopped it.... Also, I'ma be dropping The Collection Plate 2: The Building Fund later on this year, also. Plus, in the midst of those all flow projects, we'll be dropping mixtapes, so we just working. ... Now, that's the releases as far as WildLife is concerned.... Me, personally, I have a few projects in the wings with various artists and DJs. I have a project coming out with Tite da D3 Nutt, from T-Town Music, coming out soon. Also, I'm in talks with DJ Bull about doing a project with one of the Freestyle Kings... me and DJ Statik talkin bout doing a PayDay 2-- he's also mixing NEWprint 1.7-- plus, I'ma be doing a mixtape with DJ Storm from Desert Storm South-- he got some I'm on already, so check them out, they in stores--... and last, but not least, The Rookie of the Year is still coming soon. That's gon be the album, all original beats. That's gonna drop on a major more than likely, but if not, hey, we ain't trippin', we grindin'. So, I been busy, and I'ma be busy all '05. But hey, being busy is a blessing.

That's real, man. You got any shoutouts?

Well, I wanna give a shout to Deetha, Slugga, and Young Twinn... we fam for real.... Plus, I want everybody to check out wildliferecords.com, you can order the Wildlife releases from there and also check out desertstormsouth.com, it's finna be off the chain in there. If you aint got The NEWprint go knock that off, it pretty much explains what I got going on in my life. The NEWprint 1.7 will be out in a matter of weeks, so be on the look out for that. Shouts out to all the fans, DJs, and patnas off the block that supported me from day one, and even if they just started supportin two weeks ago, fuck it, long as ya down! I appreciate erbody. Holla at me at magno_music@yahoo.com, any time... and yes I do get back to everybody. Holla back, MAGNO YA HEARD!


# posted by Dylan_K____ : 1:24 AM
Comments:
Magno u needs to get down with Koopa ya'll could do some big thangs.Fuck Dike Jones, Paul Balls, and all dem Swishahoes. Magno can spit but trying to sound like he can spit it harder than Chamillionaire.

I heard Magno is doing a project with Lil Mario. Is that true. Wheres the music Mang. Where can I hear the shit.

I heard that Lil Mario just signed a major deal. Who signed that NIGGA and when did that go down.....? WTF.

man magno da shit. chamillionaire my boi too but u cant compare them doh cuz they got different styles.shout outs to both of em they doin they thang

Lil Mario's get buck with Magno is the Shiz. Who is Mario signed too mayne, erry bodi needz to know. ya heard. I heard about a deal with Asylum is this true. Real Nig