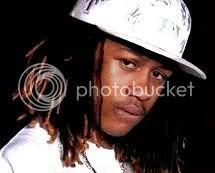 even though post-flip embarrassment by t.i. has renewed unpleasant atlanta-centric gloating, we have to watch atlanta right now. the nearest competition has very temporarily stalled. houston, re-releasing a halfdecade of material from when no one was listening, putting on robotic punchliners, re-signing washed up old legends to washed up old labels, pushing albums back and back, letting its rappers hang out with pharrell and get slid in their own neighborhoods. and, i guess, new orleans busy with its own internal politics and its few living legends, nothing new there for the outside world. yeah, overstating-- i don't like it either but it's only temporary.

maceo, one of a hundred thousand hungry rappers. coming from eastside, headed toward decatur -> zone 6 -> kirkwood. he's blowing up off hoe sit down, stealing the shine even though it's officially marc decoca's (i don't remember seeing it on the tracklist to the real thing [decoca's second album, just dropped or just about to dropped. get it? coca... real thing... (p drank says: "in east atlanta you cant get past marc's modified coca cola logo, cleverest promo shit in town!")] but it hadn't dropped yet and it's probably definitely on it now)(and this mixtape dropped at the start of the year, a little before the song blew up and he was advertising shows talking about "PERFORMING THE #1 SINGLE IN THE ATL") and ready to push an album off one big single, this one or the next one.

the click is quickflip, various other young cats from his neighborhood. hear them here and there, on hooks or mid-track verses. and giggling and overexcited cheering and over-the-top on the freestyle tracks, fakeish supporting buzz, movement and color like chun-li city market backdrop with fists pumping and chicken in wooden cage: "man, they got guns that'll rip out your intestines--" "WOOOO!!!! COTTTT DAMN!!!!"

split between that fight music with tinny background chants and asshole shattering tympanies and rough outlines of various threats, and sloppy slow girl songs, and triumphant/grim explanations of his history and philosophy. mostly overbasic dope talk-- seriously: "i sold drugs," instead of arcane, metaphorical trap slanging. dropping those straight, literal lines at the entrances to get buck verses, clumsily mixing them up with in-club shootout dream sequences.

maceo - the recipe ft. smoke (field mob) and boo (& gotti) -- sorry, i just love this for smoke's retarded quotables: NOWADAYS DON'T TOUCH THE DOPE, SIT BACK AND MAKE CALLS, MOVIN KEYS I NEVER SEEN LIKE STEVIE AND RAY CHARLES or HA, TAPPIN MY CELLPHONE, YOU THINK YOU WAS CONVERSATIN WITH DJ CLUECLUECLUE THE WAY IT ECHO or CHEVY PENDERGRASS, THE COOKIE MONSTER FROM SESAME STREET WITH BIG YELLOW BIRDS TO SELL. boo erasing the fact that he was ever from chicago, signing to cash money, appearing on another atl track. maceo on the hook and squeezing his own verse in right at the end.